I’ve said it a hundred times before but I’ve been very busy lately. Busier than usual actually. So busy in fact, that I am surprised I’ve had a race season at all. Let alone changing series mid-season. 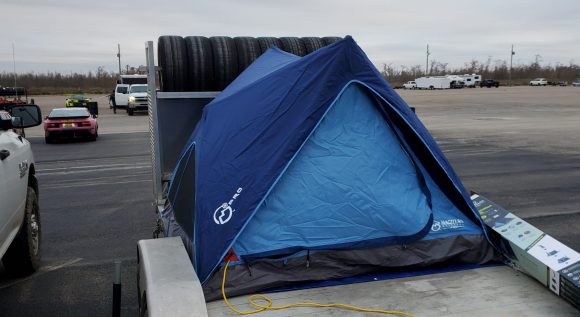 I see a concerning thread on social media as we approach the full-blown race season. Namely, more and more club racers are talking about race budgets falling apart due to insane gas prices and unchecked inflation. Which got me thinking, what can a racer do to mitigate these extra costs?

After the ridiculous highs and lows of last year, both on and off the track, the only thing that comes to mind after this weekend is a Forrest Gump quote about a damn box of chocolates. At this point I just have to roll with the punches and although the NOLA season opener in 944 Spec wasn’t the one I wanted, it’s the one I got.

It’s that time of year again when I catch up on a bunch of topics I should have discussed at the end of the previous year. Pretty sure I’ve used that opener before; but if you bear with me, I just may close out 2021 before the new race seasons starts.

Life’s been hectic and I’m a little late on this one. And if you’ve read my previous posts on NCM you know this is where I get most of my bad luck out of the way. This time was no different and I have to ask myself ‘NCM, why do you hate me?’

At Nashville Superspeedway, the transition from the NASCAR banking to the infield is an event. Upsetting not only the car but the driver in the process. The only way to go fast here is to know your car, know your limit and be willing to push both past your comfort zone.

NASA events tend to have some sort of quirky title and/or theme and in the 2021 season, the irony knows no bounds. First there’s the season opener called ‘Summer in February’ where rain and frigid temps are almost a rite of passage at this point. And that’s without the occasional snow or ice. Unsurprisingly, ‘Winter in July’ at Barber Motorsports Park was not...

I used to autocross a lot until I started wheel to wheel racing. Autocross is more available, cheaper and much less demanding on resources. It may not be as exhilarating as racing; but it is a great way to learn and practice car control, hang out with gearheads and in my case … finally test the Lotus.

Road Atlanta always contains teachable moments for me and this year is no exception. Even if some of the lessons may be self inflicted.

It’s that time of year again to play in the summer heat of New Orleans. Every year tells a different story making this event one of the highlights of the Mid South calendar.

This headset has me excited. After upgrading my rig to the Pimax 8k Plus I can confidently say VR sim racing has arrived. That’s a bold statement I’ve waited several hardware generations to say by the way.

This will be a less than subtle change for the 08 NC MX-5 build I’ve been sitting on to close for a year now. In fact, this car will no longer run in the spec MX-5 series as initially planned.