This will be a less than subtle change for the 08 NC MX-5 build I’ve been sitting on to close for a year now. In fact, this car will no longer run in the spec MX-5 series as initially planned.

My initial plans were solid. Enter a growing race series with competitive drivers in a widely available chassis that is faster than 944 Spec. A lot of these goals have been met with varying degrees of success in the 2021 race series aside from the inconvenient reality that this series doesn’t have a lot of interest in the Southeast. In fact, there are 2 races on the 2021 calendar less than 10 hours from home. Seeing as I am looking for more race opportunities not more travel, I had to start reevaluating my plans regarding spec MX-5.

Where are things now?

The ridiculous distances I would face for the 2021 season (and probably 2022) weren’t released until 2021, well after I placed a large order with Mazda Motorsports for every piece of the spec suspension and ancillary parts minus the spec motor. So right now I have everything needed to make a very well handling underpowered spec MX-5.

In short, this car has now become an open build. Since I already have everything minus the motor, this car will receive the full spec MX-5 suspension and stopping package. Leaving the engine open. I’m eyeing ST4 at the moment and some Frankenstein engine builds or motor swap like the good ol’ days. Regardless, I expect this car to be stupid quick and still balanced when I’m finished with it. With lots of testing throughout the process.

Time to get to work. 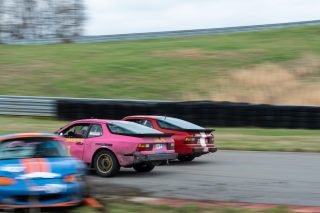 By Chris Simmons 12 months ago